Justice Putnam
A Poet is at the same time a force for Solidarity and for Solitude. -- Pablo Neruda

On Oscar Grant, Martyrdom and The Digital Age 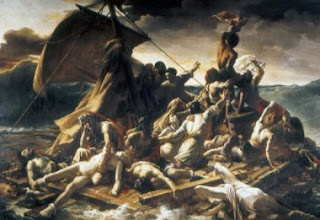 Two iconic images from my childhood have always haunted me, and I have seen them manifested from time to time over my five and half decades of walking this luminous sphere. Images so powerful that a Truth was hinted at by the many questions the images provoked.

There was no Twitter, YouTube or e-mail to transmit those images around the world, yet only days after the events, the world had seen them and was talking about them.

One is the self-immolation at a busy intersection in Saigon in 1963 of the Buddhist monk Thich Quang Duc: 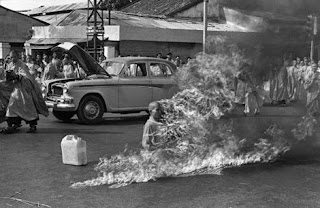 I was eight years old when I saw that photograph in a magazine.

The other is the shooting, on another busy Saigon street in 1968, of the supposed Viet Cong Sympathizer, Nguyen Van Lem by the Police Chief of Saigon, Nguyen Ngoc Loan: 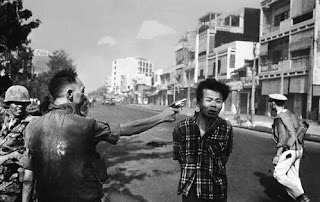 I turned thirteen years of age shortly after viewing the photo.

Thich Quang Duc's death was a protest against the war and Diem's treatment of the country's Buddhist monks, the photograph has a staged quality to it, Duc after all, had made his plans known. Nguyen Van Lem's death on the other hand, was a murder, a summary execution by a policeman. There was no trial, only an arrest and a gunshot to the head. The photograph is a frozen snippet in time, truly an accident it was taken at all.

Now flash forward to 3 November 2006. Malachi Ritscher, though no monk, hoped his death to be one of purpose. On his Web site, the 52-year-old experimental musician, who some family members said fought with depression, even posted his obituary.

As he stood on an off ramp in downtown Chicago at 6:30 in the morning; he saw his death as a call to the nation, as a potent symbol of his rage and discontent with the U.S. war in Iraq. He set up a video camera, doused himself with gasoline and set himself on fire.

"Here is the statement I want to make: if I am required to pay for your barbaric war, I choose not to live in your world. I refuse to finance the mass murder of innocent civilians, who did nothing to threaten our country... "

"... If one death can atone for anything, in any small way, to say to the world: I apologize for what we have done to you, I am ashamed for the mayhem and turmoil caused by my country."


And so Malachi Ritscher martyred himself, so his voice would be heard.

But no one was listening.

In the early morning hours of 1 January 2009, Oscar Grant loosely fit the description of a young black man in America, a supposed sympathizer to the Thug Life and a threat to the community, the nation and the world, and so Oscar Grant was shot in the back by Police in those early morning hours, while laying face down on the Fruitvale BART station platform. 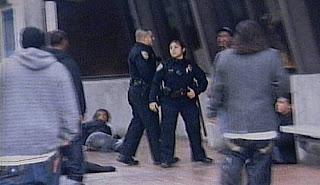 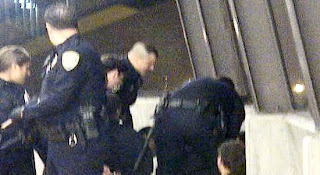 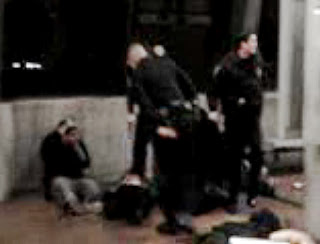 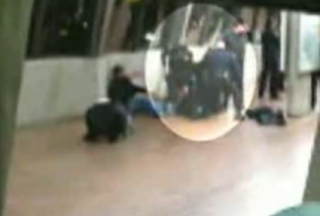 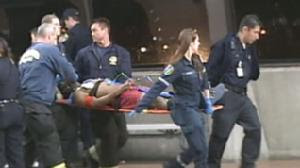 Those images circled the globe in mere seconds.

Malachi Ritscher did everything he could to draw attention to his martyrdom in this digital age, he consciously hoped to shock and outrage. His failure at that may be more because the Traditional Media could keep his suicide from the news cycle, and no independent images came from his demise. Few remember, know or care of Ritscher's death, or his protest.

Oscar Grant was murdered by long-held fear and animosity, murdered during a war on brown people domestic and abroad, by a policeman whose only defense is that he meant to torture Grant with 50,000 volts from a modern cattle prod instead. There was no trial for Oscar Grant, only an apprehension and a gunshot to the back.

Because those images of Oscar Grant's apprehension and murder were independently recorded and deftly transmitted as they happened, or in the seconds afterward, the Traditional Media and our own Justice system could not ignore them. One of the officers tried to confiscate cameras and phones, for the investigation she told people, but the train was packed and she couldn't confiscate them all. Six separate digital videos made it out. As shocking and outrageous as Grant's murder was to those who experienced it that early New Year's morning, their recordings and transmittals of his shooting also shocked and outraged a world.

Change then might be immediate and whole, or sadly incremental, but it is always where change begins.

(cross posted at Daily Kos)
Posted by Justice Putnam at 10:53 AM